Against the moving scenes taking place at Auschwitz we have the obscene spectacle of the far right BNP passing itself of as a respectable touter for votes in the general election expected to take place this year. Allied to this the frighteningly high number of Britons who profess to never having heard of the place and the worry is did those millions die in vain - and how can we really make sure they didn't?

One further question - where was Blair or the Queen: was Jack Straw and Prince Edward really the best we could manage?

"A voice was heard in Ramah, wailing and loud lamentation, Rachel weeping for her children, because they were no more". St Matthew's Gospel Chapter 2 verse 18.

Posted by westfieldeditor at 2:27 am No comments:

It's the Constitution, stupid...

Rather amusing to hear John Jackson, Chairman of the Countryside Alliance, bemoaning the extreme powers that the House of Commons claims for itself by virtue of our unwritten constitution.

I mean, our traditional view of a hunt supporter would be a Telegraph or Mail reading Tory, much prone to using the phrase "political correctness gone made" when faced with any contrary progressive or liberal views. But now, they've become the bastions of freedom, proclaiming, shock horror, that their human rights are about to be infringed!

On one level, this can be written off by saying, "that's democracy" - but on another, the position that the Countryside Alliance and its supporters find themselves in is directly attributable to the rules that the "players" (ie politicians) make for themselves, which go under the name of Constitutional Conventions.

These mean that Parliament's claim to be the supreme lawmaker can't be challenged in court. And, not wishing to predetermine the outcome of the Alliance's challenge to the validity of the 1949 Parliament Act, this is precisely why a law enacted by Parliament - even one bypassing the Lords courtesy of the Parliament Acts - will not be questionned by the judiciary.

People usually find the Constitution boring, only getting excited when an unwritten convention means that they find they can't get their own way. Welcome to reality, Mr Jackson - a reality that's existed for centuries, but usually gets ignored.

After the court decision - why not sign Charter?
Posted by westfieldeditor at 5:20 am No comments:

Strange to say, this is the only Iraqi voice I've come across. A unique insight into the effect of the war on the lives of ordinary people. River deserves a much wider audience, our own media - "embedded" or not - can't or won't give us the truth about what's really happening in Iraq.

The latest atrocity gets a few moments on the news, while the government puts out the increasingly improbable propaganda that the election will bring democracy at the end of January. Keep on posting, River: the taxpayers bankrolling the coalition of the gullible need you to tell us how the war's really going.
Posted by westfieldeditor at 5:50 am No comments:

Only one problem with the Home Secretary's proposal to host citizenship ceremonies. This is a monarchy, which means that we're not citizens but "subjects" - take a look inside your passport. To become citizens, we need our rights and privileges to be set out in a Constitution that can't be changed without a referendum. So, go on, Mr Clark, give us a written constitution, then we can affirm our status as citizens.

But then again, the British like to delude themselves. Not only are we variously described, incorrectly, as citizens or "nationals", we also seem to believe we still have an empire. And we're assisted in keeping up the self-delusion by the Queen - after all, she hands out gongs twice a year proclaiming celebs, business types - plus the token streetsweeper - to be members or commanders of the British Empire.
Posted by westfieldeditor at 6:22 am No comments: 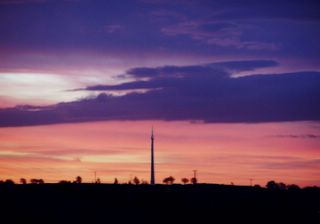 "Amazing pic" said the BBC - who am I to disagree?

Posted by westfieldeditor at 11:10 am No comments:

Just another mindless example of the press in full cry about nothing. Teenager dresses inappropriately at party. It was safety pins and bin liners in my day - although I do remember a sprinkling of Swastikas amongst the really outrageous. Anarchy in the UK (what a song that was!) sent shivers through the establishment - but Harry's Grandma is still in a job 28 years later and I don't expect his antics will bring the Republic any nearer.

Grow up and report real news.

Posted by westfieldeditor at 9:04 pm No comments:

After all the shouting, licence-burning and threats to BBC Executives, the show is now going on Scotsman.com News - Latest News - Nationwide Tour for Controversial Springer Opera">nationwide tour.

Great result for the Christian rent-a-mob; condemn without seeing - and over-hype the rhetoric (who actually sat there last Saturday night and counted the obscenities??). Now, having made themselves into a laughing stock outside the BBC, look out for smaller groups reprising the righteous pharisee act at a theatre near you.

But the BBC shouldn't be allowed to get away with the freedom of expression argument too lightly - having stirred up the Church, I wonder if Roly Keating has any plans to screen Behzti in the near future?

Posted by westfieldeditor at 10:54 pm No comments:

Someone's got a sense of humour...

Came out of Church yesterday morning to find the car had been damaged. Another vehicle had scraped the full length, from fuel cap to front bumper - but no-one had left a note and there were no witnesses.

I've just reported it to the insurance company. The guy on the phone asked for all the details and the location of the car when it was damaged. When I said "parked outside St Matthew's Church", he paused before saying: "You'd have thought God would have stopped that kind of thing from happening". Then he started to apologise - but we both ended up laughing.

Good job Christian Voice weren't listening in - they'd probably have a go at him for blasphemy.

Visit Ship of Fools, it's the only way to stay sane in a theologically challenged world.
Posted by westfieldeditor at 2:14 am No comments:

I believe I'm going to be offended, therefore I will be: the Springer Opera Row

This practising Christian has no problem with the transmission of something with a few naughty words and an actor appearing as Christ. I do, however, have major concerns about a group claiming to represent the Church behaving like modern-day Pharisees.

I don't know if we'll watch the show or not; unlike Michael Ancram my TV has an off switch and the ability to let me change channels. As for Christian Voice, a group closely allied to US far right Christian fundamentalism, its members need to remember one thing - when the Church sets itself up as the all-seeing nanny and custodian of moral values, it risks alienating non-believers and causing further divisions in its own ranks: something that liberal and progressive members of the Church care about very much indeed.

Whenever the "let's get it banned" brigade start howling it's always as well to determine exactly who it is that thinks they know what's best for the rest of us, and why.

Posted by westfieldeditor at 2:38 am No comments:

Who needs a lawyer when they can imprison you without trial?

Now it gets really worrying. Even the barristers appointed by the government to represent foreign detainees held without charge are refusing to do the job.

The law allowing the detention of foreign terror suspects without trial were lambasted by the House of Lords before Christmas, and one of the "special advocates" (barristers allowed to represent the detainees but not tell them what evidence the State had against them) resigned on the basis that he refused to go along with the unjust law.

Now News">details are emerging of special advocates refusing to represent other detainees, with judges resorting to extraodinary measures to get them into court.

The law is being dragged into disrepute by measures that we thought had been consigned to history. It's four hundred years and a civil war too late for this kind of stain to be allowed on the hem of Justice's gown.
Posted by westfieldeditor at 12:46 pm No comments:

The Prime Minister's latest press conference , along with his live interview last night, show that he's fast losing his credibility as a leader.

The eager, Hugh Grant-like desire to be a best friend to all comers (especially middle Englanders), has given way to a growing defensiveness. How much longer does he think he can keep the lid on the inter-Party warfare with Gordon Brown and will he keep the whole thing together during the expected election campaign?

Labour's leadership also seems to be in denial over Iraq. With mounting deaths this week, the upcoming election there is in serious trouble. Going ahead as planned at the end of January looks like being very risky indeed. Increasing violence will expose many Iraqis to fear of death; balance risk low turnout against major casualties and either way, Blair, facing a probable Spring election here, is a real liability to a Party intent on a third term.

Good job the Tories have "busted flush" Howard in place, with him around to make Blair look good, victory at the ballot box looks assured - even if it means we're saddled with a lame duck leader and a snarling Chancellor waiting in the wings.


Posted by westfieldeditor at 5:32 pm No comments:

Sad, although strangely predictable, that the Daily Mail and Daily Star should oppose the silence to be held in memory of Tsunami victims.

These two papers - which take a right wing, anti-European Union line - feel it's just an empty gesture to remember those who perished on December 26.

The predictability of it stems from the fact that the silence was proposed by the Dutch prime minister, in the Netherland's capacity as President of the European Union, so, obviously, it must be another example of the UK being "dictated" to by Europe. Even worse, at three minutes, the silence is one minute longer than that accorded to the nation's war dead each November.

It is to be hoped that the UK, along with the rest of mainland Europe, ignores this petty knee-jerk posturing. The Tsunami wiped out communities and shattered lives irrespective of national borders; you can't compartmentalise compassion when faced with tragedy and loss on such a scale - even if the call to remember the victims comes from the EU.

Posted by westfieldeditor at 5:02 pm No comments:

We went to some friends for New Year's Eve. Conversation got round to the Tsunami and one of the other guests said he'd heard from a friend on a family holiday in Thailand. She'd called to let him know she was OK, but that her father was missing.

This thing is going to have a terrible effect for a long time to come.


Posted by westfieldeditor at 6:11 pm No comments: 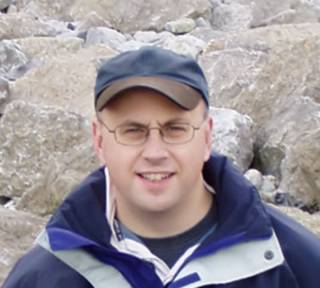 Posted by westfieldeditor at 10:47 am No comments:

I received a letter the other day from a 16 year old girl who writes short stories. She'd seen our advert in Yellow Pages and wanted some help in publishing her work - but her letter was full of spelling errors.

Now, I know I'm old-fashioned about this, but surely if you want to impress a publisher, the least you could do is use the spell check (limited value, but at least it shows willing) or a dictionary.

It's trumpeted throughout cyberspace that anyone can publish on the Web but in these post Eats, Shoots and Leaves days shouldn't "self-policing" include some spelling and punctuation criticism?

I attended a course a while ago at which I was told that articles for Web publication should not contain paragraphs longer than 4 lines - for "browser optimation" purposes.

Imagine buying a ream of paper and being told not to use the letter "L" more than 12 times per page...

First thought for 2005: don't surrender the English language to the texting generation or the cyber-geeks.

Posted by westfieldeditor at 9:01 am No comments: